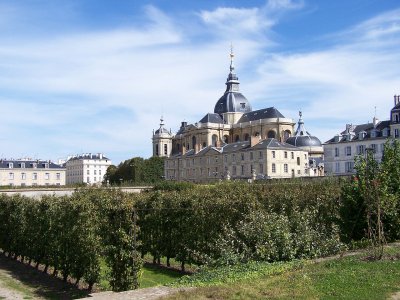 The Kitchen garden of King was built between 1678 and 1683 by Jean-Baptiste La Quintinie, at the request of the King. Louis XIV, Sun King, wishes a palace its measure from the small hunting lodge of his father Louis XIII. Forests and swamps which surround him(it) were to trasnformer in a garden on a unprecedented scale.
Classified as "Historic Monument" in 1926, and integral part of the site from Versailles registered on the UNESCO world heritage list, the Kitchen garden of King is opened to the public since 1991.
Cultural events take place there all year long.